Russ Landau is the award-winning composer of the Survivor theme. Russ is the proud recipient of more than 40 ASCAP primetime television awards, three Emmy nominations, one win, and a Grammy Award. Russ received an honorary doctorate from his alma matter, the University of Bridgeport, in 2010. Today he composes music for TV and film projects out of his Los Angeles studio.

We partnered with Russ to develop a unique, custom website that was able to showcase not only his extensive, and impressive musical career, but also his passion and capabilities as a professional pilot. 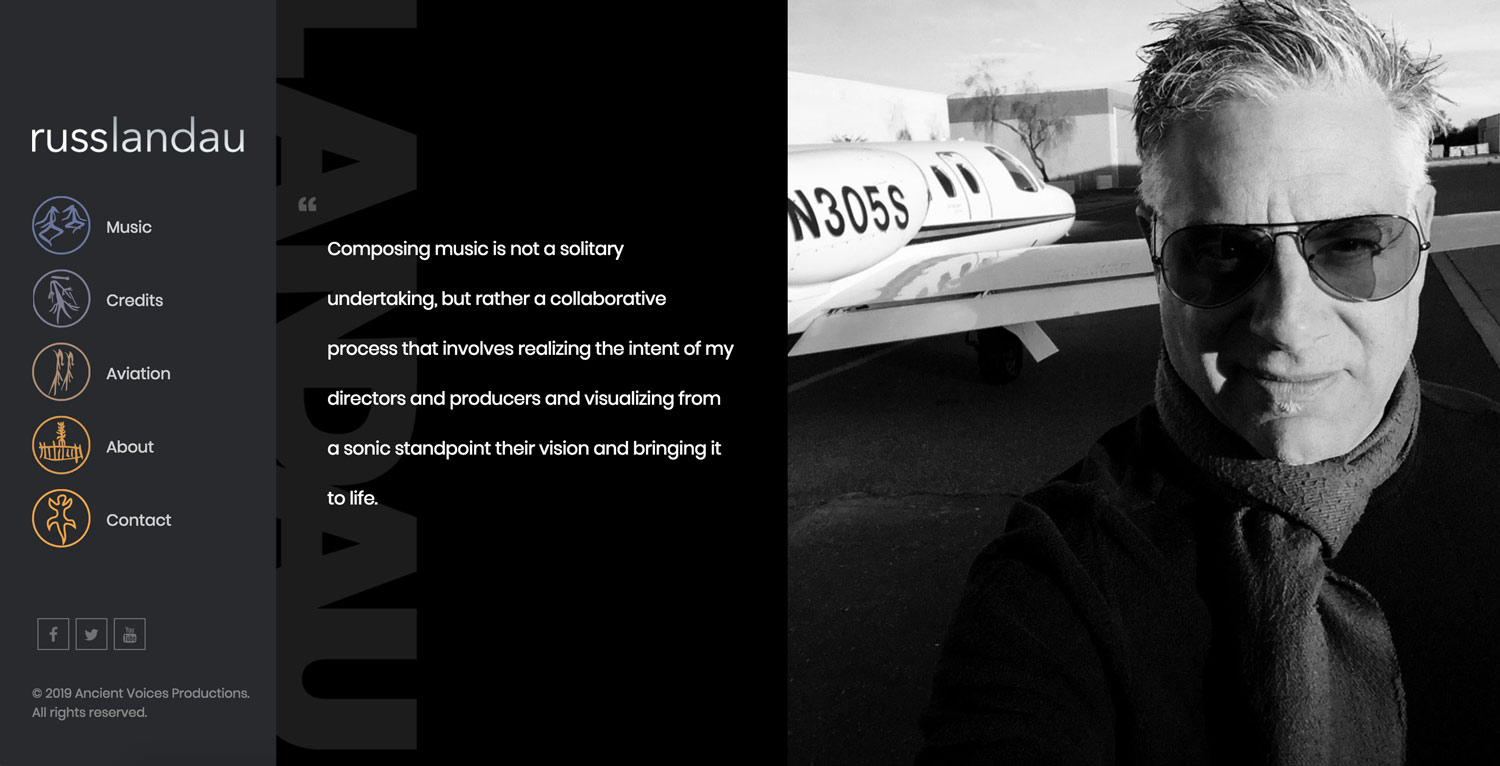 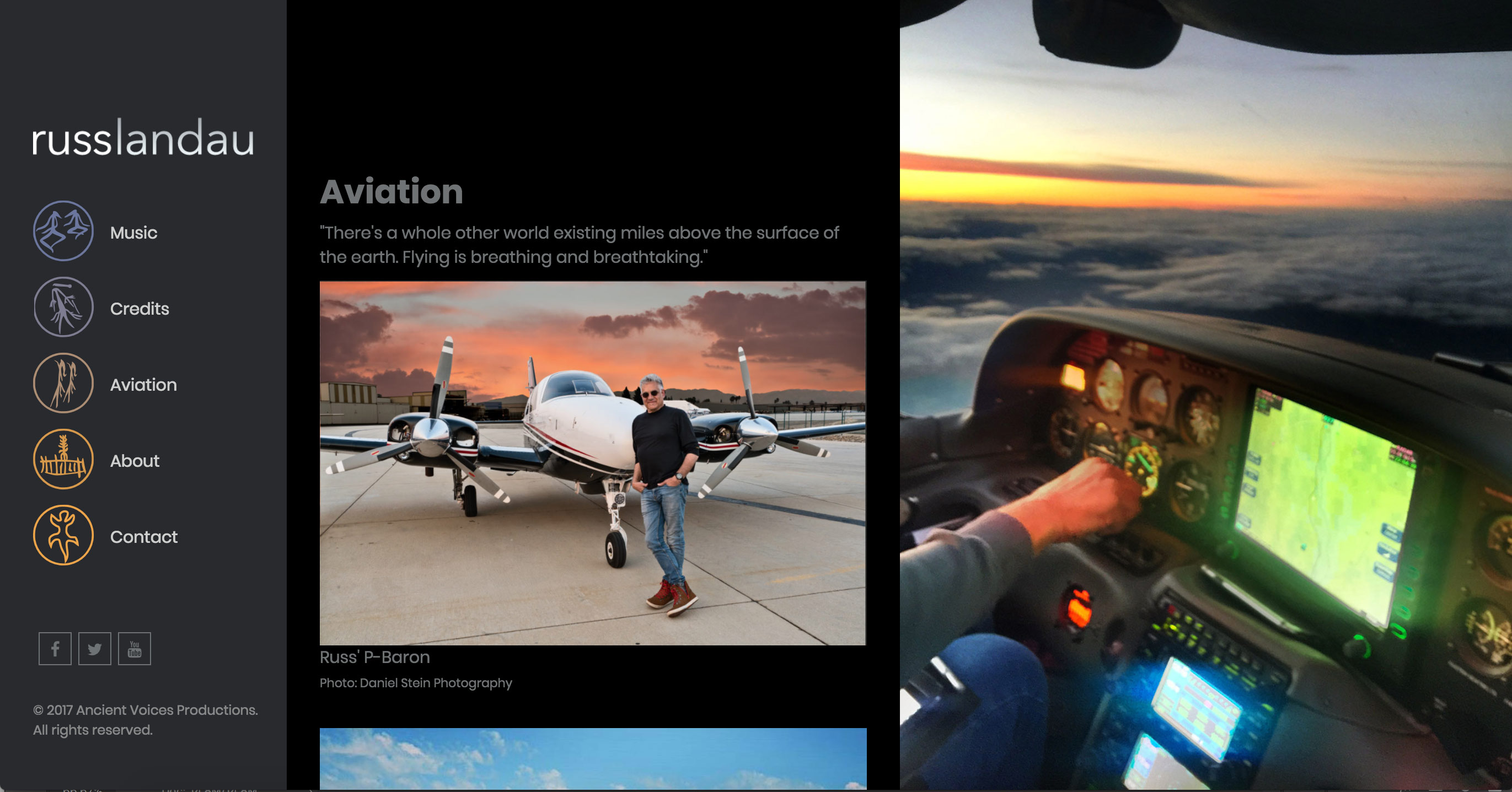 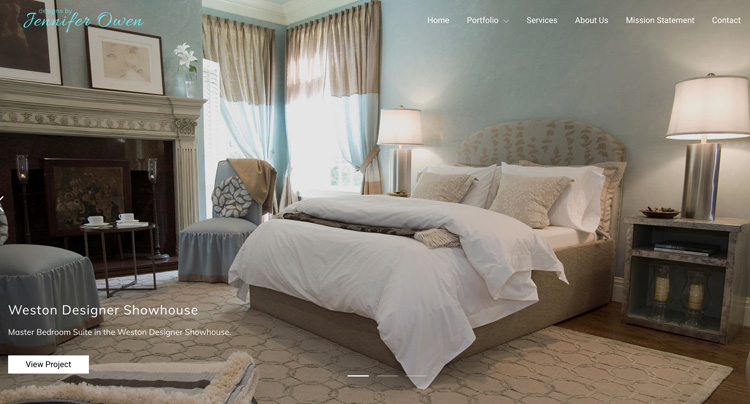 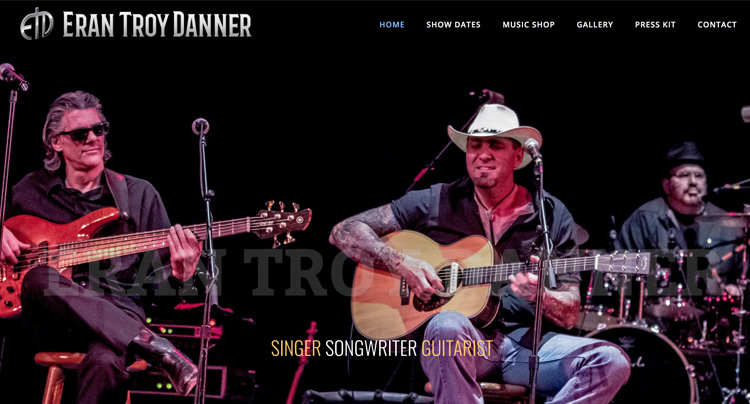